Cop in the Hood

A blog about policing, by Peter Moskos

It’s not too often supporters of the 2nd Amendment and supporters of immigrant rights can find common political ground. But here’s a case. Whatever happened to discretion? Immigration officials are always on the lookout to deport “criminal aliens,” and it appears that last week, Mr. Valerio’s name came up. … He had been a legal permanent resident of the United…

Timothy “So I can’t call you no more?” West was acquitted despite, best I can tell, admitting to it. According the Daily News: Privately, several jurors interviewed after the verdict said they didn’t buy the victim’s story because there were no signs of forced entry into her home. One juror said the panel believed the victim must have known West,…

National Public Radio says an investigation revealed a “quiet, behind-the-scenes effort to help draft and pass Arizona Senate Bill 1070 by an industry that stands to benefit from it: the private prison industry.” . . . The anti-immigration law amounted to “a new business model to lock up illegal immigrants.” 0 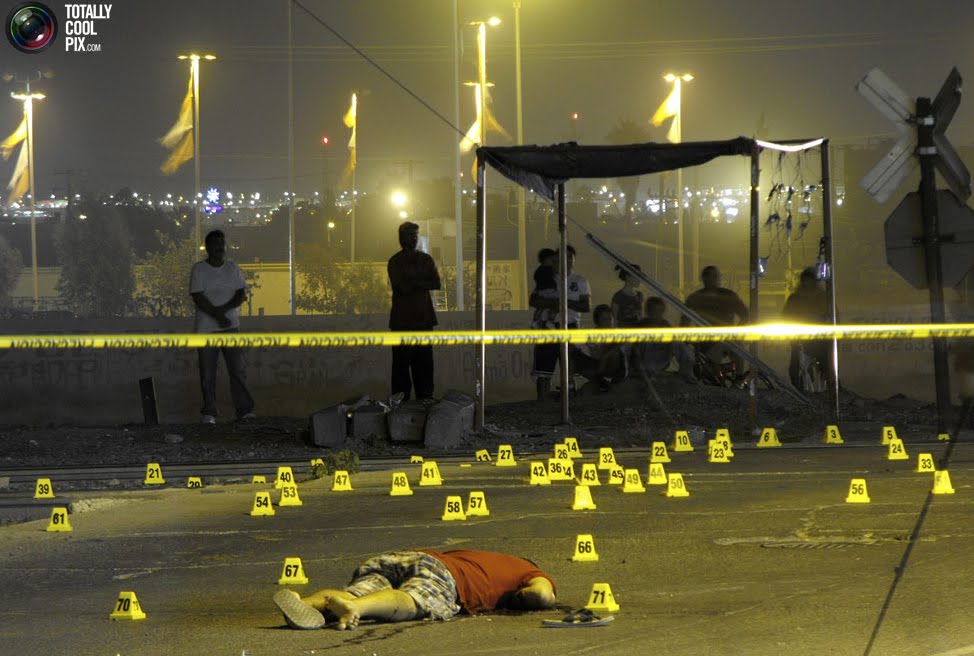 …of the war in the drugs, mostly in Mexico. While you lose you appetite looking at these, remember the US party line that violence in Mexico is a sign the drug gangs are on the run. War is peace! (I’ve never seen those evidence cones get to number 71… and we had some pretty big shootings in Baltimore.) [thanks to…

Portz is the first Baltimore City officer to be killed in the line of duty since 2007, and the third city officer killed in less than a month. His funeral is today. You can read my account of a police funeral on the last two pages of this. 0

Officer (now Detective) Jones was lucky she wasn’t killed. 19-year-old Winston Cox was robbing a store and Jones pulled her gun and announced her presence as a police officer. Cox fired and she returned fire, striking Cox. Why did she say anything before firing? She should have just come out and “incapacitated” Cox (ie: shot center mass, likely killing Cox).…

Four killed in 15 hours in Baltimore. Two, I believe, in the Sector Two of the Eastern District. 0

From the Daily News: The fearless off-duty cop who faced down an armed robber in a Brooklyn beauty parlor on Saturday managed to shoot the pistol right out of the crook’s hands, cops said Monday. And in a scene that would be over the top even for the most ridiculous Hollywood cop movie, one of Officer Feris Jones’ bullets hit…